Tis the season to be…. wait…. Christmas Island actually has nothing to do with reindeer or jolly large men leaving presents.  However, this Australian territory in the Indian Ocean has one of the most spectacular migrations anywhere in the world.

About 120 million crabs migrate from the forests to the beaches to mate every year.  This great migration can take up to 18 days.  Culminating with the crabs laying their eggs in the ocean. 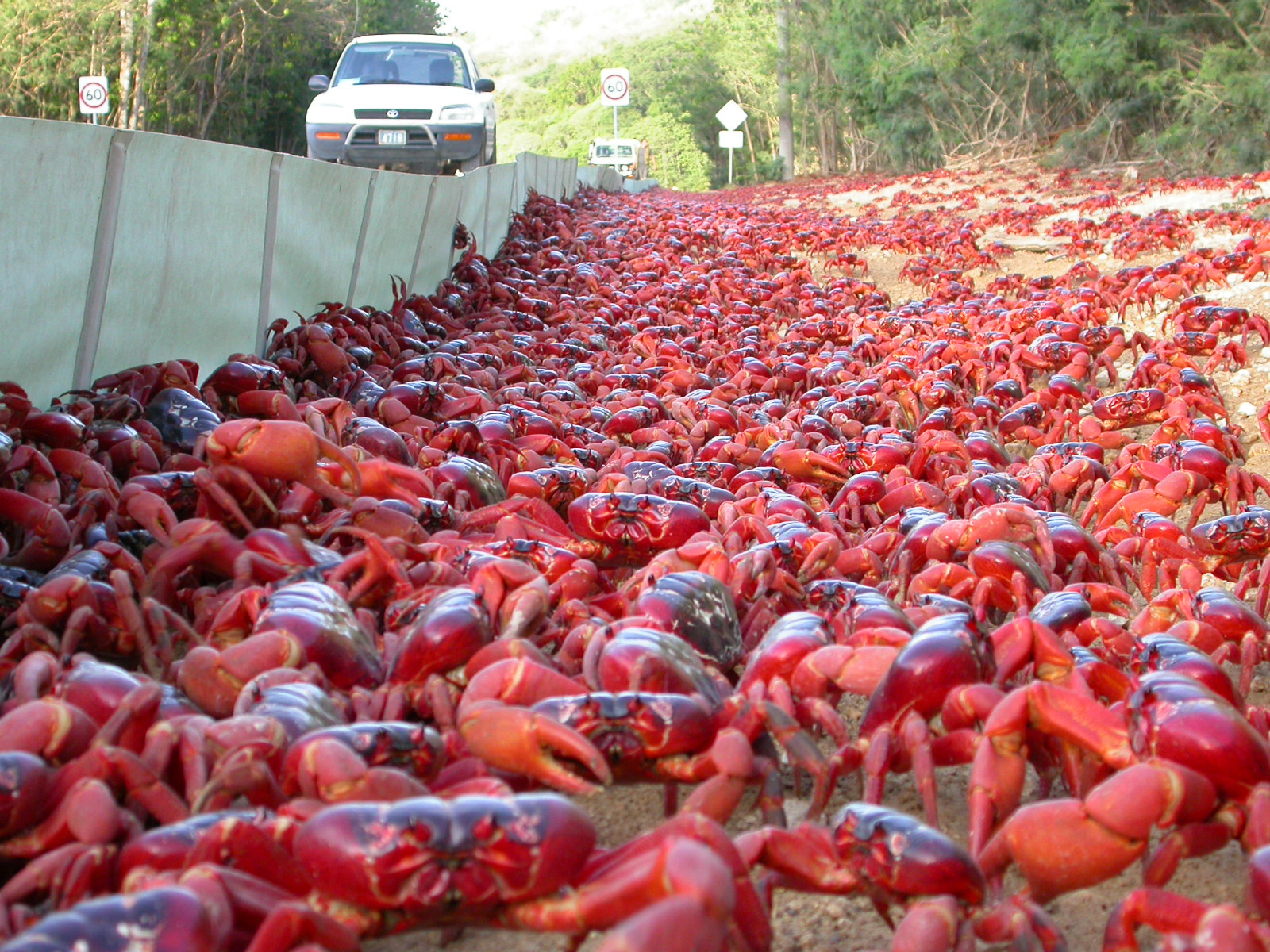 Christmas Island was also once a nuclear testing site for the British in the 50s and 60s.  It was desired originally because it has very rich phosphate mines.  Christmas Island is famous for being a blend of many different cultures.  This is because while it has only been owned by the British and Australia, many Chinese immigrants came to work in the phosphate mines during the 1890s.

Today, 63% of Christmas Island is protected as a National Park however, snorkeling and seeing the beautiful and diverse marine life is a large attraction to tourists.

Christmas Island may not be a winter wonderland, but it is without a doubt a cool place to visit.